Roessingh Research and Development is conducting a study in the framework of the Back-UP project, to investigate which biological, physical, economic and psychosocial factors play the most important role in decision-making for neck and low back pain.

If you are a healthcare professional in pain rehabilitation, you are welcome to help us find what are the most important decision factors in your domain.

In order to participate, you only have to go to http://www.vignetstudy.nl/ , where you will be presented with a set of patient cases, and some questions to be answered through a simple questionnaire with multiple choices. The assessment of all cases takes approximately 20 minutes.

Help us improve the quality of health care in neck and low back pain!

The Consortium meeting of the Back-UP project to celebrate its second year took place at Empirica GmbH’s facilities in Bonn, on November 27th and 28th 2019.

The first studies made with the mockups and prototypes of the Back-UP platform (usability study, and design of the retrospective study) where shared with the project partners. Technical partners explained in a demo session how the platforms based on Antari HomeCare and Multi-X are connected to improve the user experience, and plans were made for the dissemination strategy and the involvement of industry stakeholders in the forthcoming final year of the Project.

Next Consortium meeting will be in UK in June 2020, in order to prepare the final actions of the project.

WHO recommendations for back pain care

The Bulletin of the World Health Organisation (WHO) has recently pusblished an “Policy and Practice” article giving recommendations for back pain care, based on six of the major international clinical guidelines released since 2016. This report emphasizes the importance of adopting a stratified approach to care, and recommends the following care practices for different stages:

In all cases, care without medication is recommended. Whenever it is needed, it should begin with nonsteroidal anti-inflammatory drugs at the lowest effective dose for the shortest time, and opioids should be avoided.

Today starts EFIC 2019, the 11th Congress of the European Pain Federation, which this year is celebrated in Valencia. The most recent and relevant research on all types of pain is being presented in this internationally recognised event. The poster session of the first day included two contributions from the Back-UP Project: 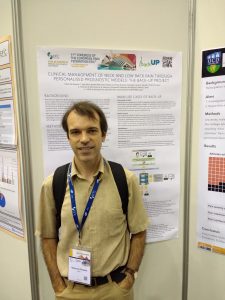 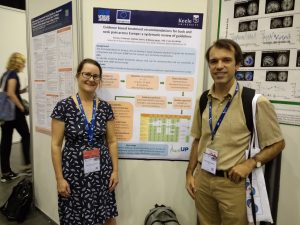 Back-UP goes to Luxembourg for the First Period Review Meeting

The Back-UP’s Consortium was yesterday in the Euroforum building, meeting with the Project Officer and the Project review panel, to assess the progress of the Back-UP Project after its equator. All Work Package leaders attended to the meeting, including The University of Leeds and University of Keele (UK), RRD (The Netherlands), NTNU (Norway), Empirica (Germany), GENOS (Croatia), CIOP-PIB (Poland), University of Padova (Italy), GMV, MAZ and coordinator IBV(Spain).

During the meeting, the main role was played by Project Director Helios De Rosario, who started with a deep, complete and clear project overview in which he portrayed the origins of the project, the problem that it is bound to solve, and the achievements of the first period.

Later on, Work Package leaders exposed the job performed through each Work Package, including highlights of the Professional and Researcher platforms.

“Back-UP represents a step forward for Low Back and Neck Pain in-silico models, and at the end of the project the state of the art will change significantly”, states Helios De Rosario. “We are proud of this Consortium”, continues. 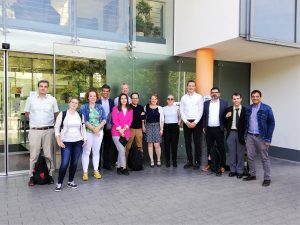 The reviewers team stressed the major strength of the project and also gave some important advices on areas that will be developed, enhanced and improved in the second half of the project.

“We have to wait for the official report, but in the meantime, we can already start on implementing reviewers’ indications”, concludes De Rosario.

Presentation in the SERMEF Congress 2019

The Spanish Society of Rehabilitation and Physical Medicine (SERMEF) is celebrating in Seville its 57th Congress (15-18 May 2019).

In this congress Cristina Herrera (IBV) has presented a poster about the Back-UP project, explaining the concept of the architecture and the use cases that are being developed. 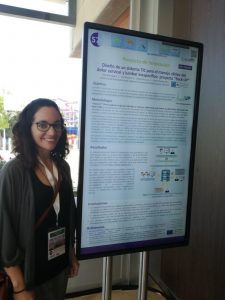 10MayCoordinatorNews
On Monday, 29th April 2019, Dr Jonathan Hill (Senior Lecturer in Physiotherapy at Keele University) led the first Back-UP study Clinical Advisory Group (CAG). Present with Jonathan at Keele were seven doctors and professors from UK, Poland, the Netherlands and Norway, specialists in Musculoskeletal Physiotherapy, Primary Care, and Occupational Health Care.
Jonathan provided an overview of the proposed study and the work conducted to date on the Back-UP study including:
The CAG then fruitfully debated and discussed how each clinical definitions and criteria would translate into the healthcare system of their country. Naturally, some variance exists between countries. Suggestions were pooled to formulate a more broadly inclusive set of clinical criteria and definitions. The Keele team will continue this work towards establishing a European Universally understood set of clinical criteria and treatment options by refining the pooled suggestions. An updated document will be circulated to clinical study colleagues on the CAG for further consideration and discussion.

Back-UP in the EPIC 2019 conference

In this congress Cecilie Krage Øverås (NTNU) presented a poster about the systematic review protocol to investigate the relationship between objectively measured physical behaviour and neck pain, one of the research activities made within the framework of the Back-UP project. 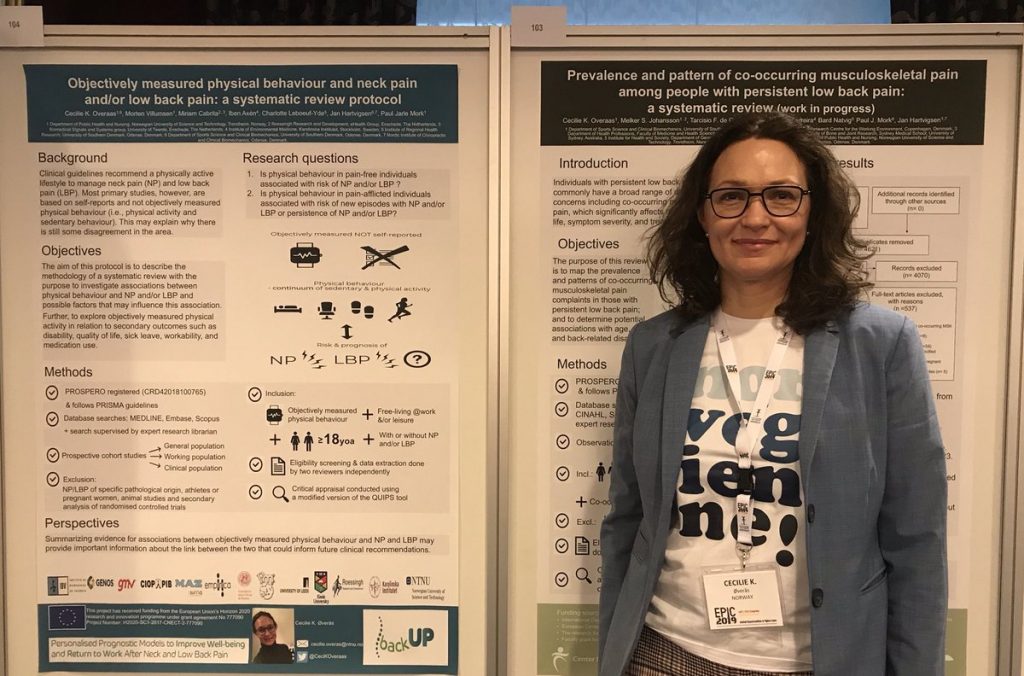 The Back-UP Consortium welcomes the University of Leeds

The Research Platform of Back-UP, developed by the Centre for Computational Imaging and Simulation Technologies in Biomedicine (CISTIB), has a new home since the start of the course 2018-2019, coinciding with the new phase of CISTIB in the University of Leeds, after seven highly productive years in the University of Sheffield.

Today the European Commission has officially confirmed this transfer of tasks in the Back-UP Project, from Sheffield to Leeds. The Back-UP Consortium welcomes the University of Leeds as their new member, and congratulates Dr. Alejandro Frangi, the Principal Investigator of CISTIB and new Diamond Jubilee Chair of Computational Medicine in Leeds for his new post, as well as all the members of CISTIB for their new research adventure! 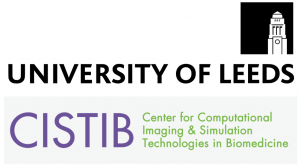 Back-UP presented by RRD in the Dutch Geriatic Conference

On the annual Dutch geriatric conference (7 & 8 February, 2019), Roessingh Research and Development (RRD) presented the current state of the art on the development of technology for older adults.  After a short introduction on RRD, Marijke Broekhuis presented the need for user research and usability evaluation among this target population. Technology can only be effective when older adults are willing to use the technology. 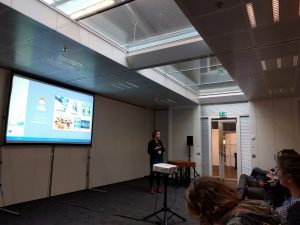 Next, a showcase of various eHealth projects were presented. Among these was the Back-UP project. Finally, Stephanie Jansen – Kosterink presented her ideas on proper evaluation of these kinds of services and her quest for more innovative and pragmatic research methods. The session ended with a discussion among the audience and presenters.